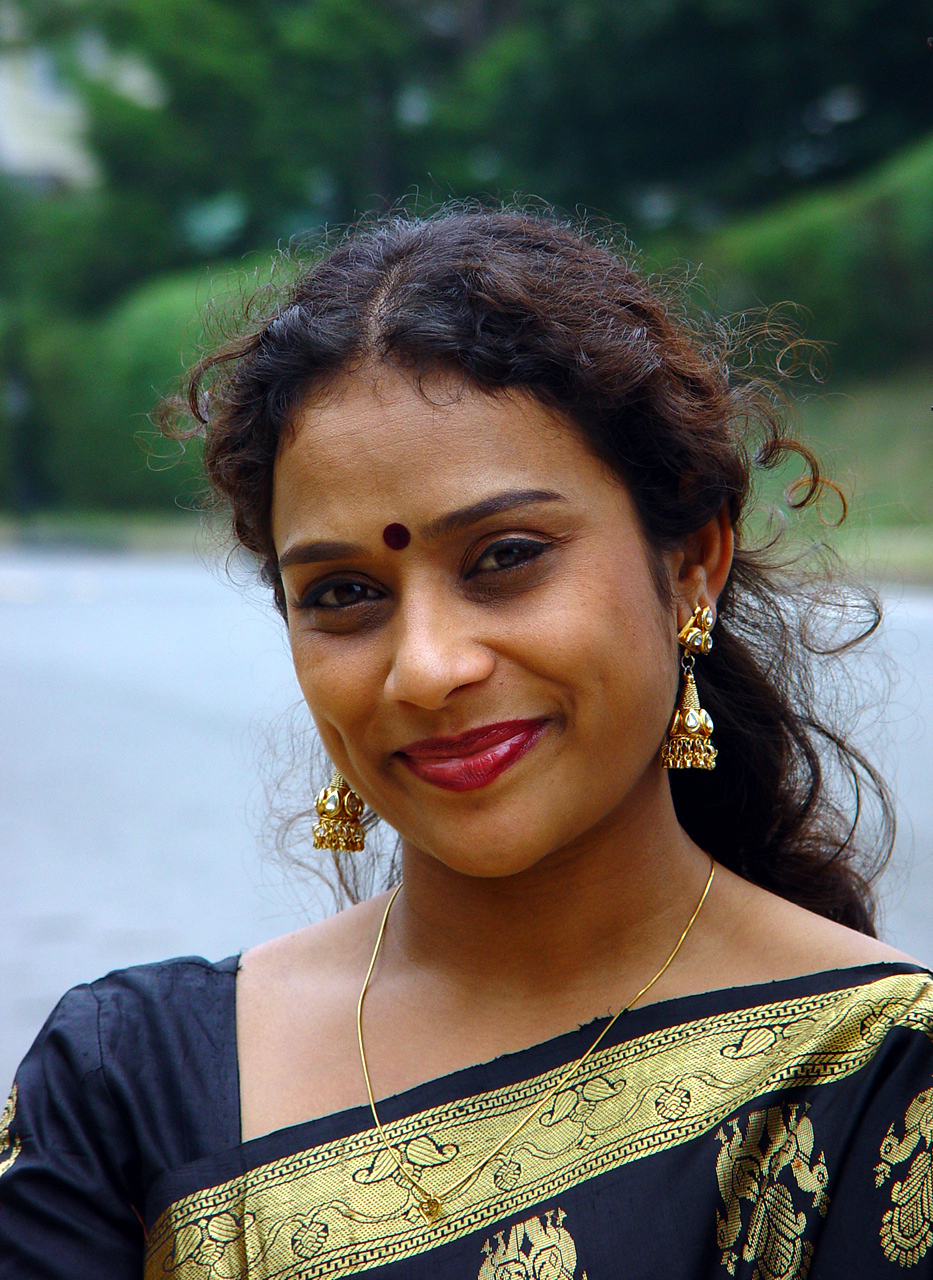 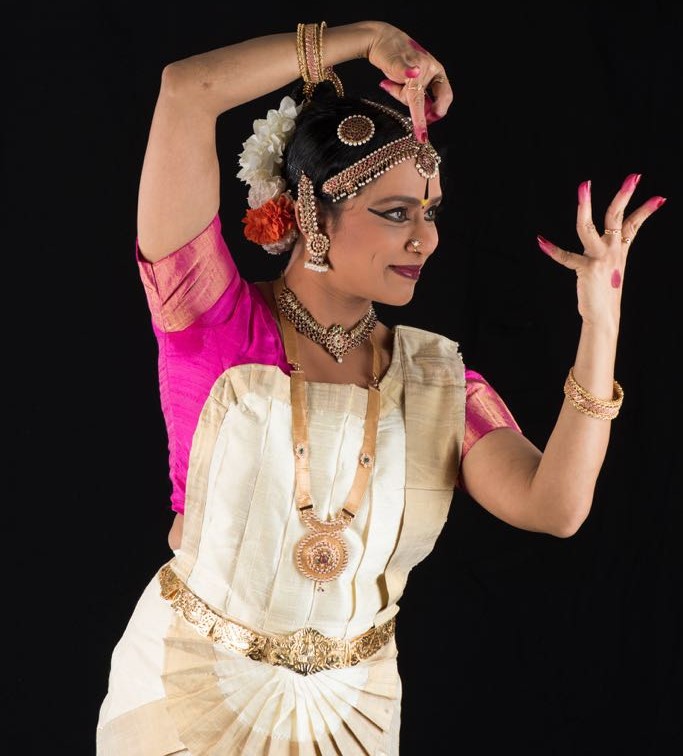 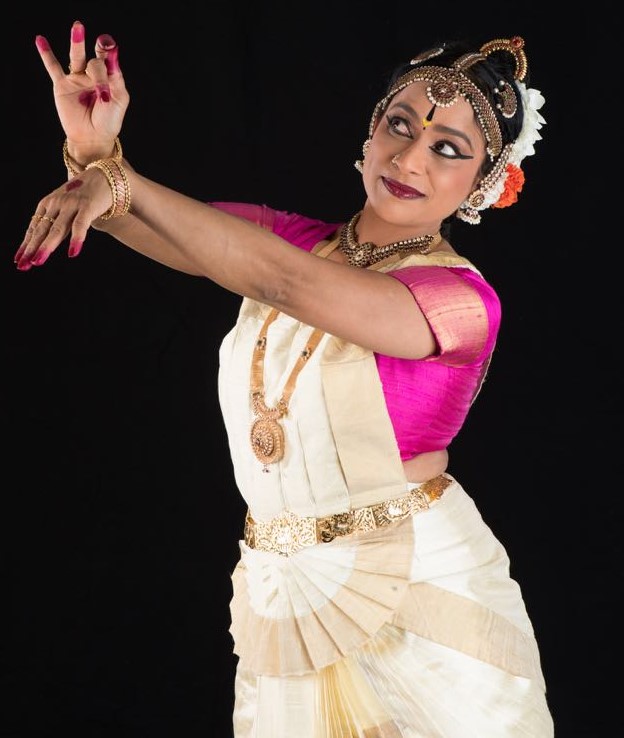 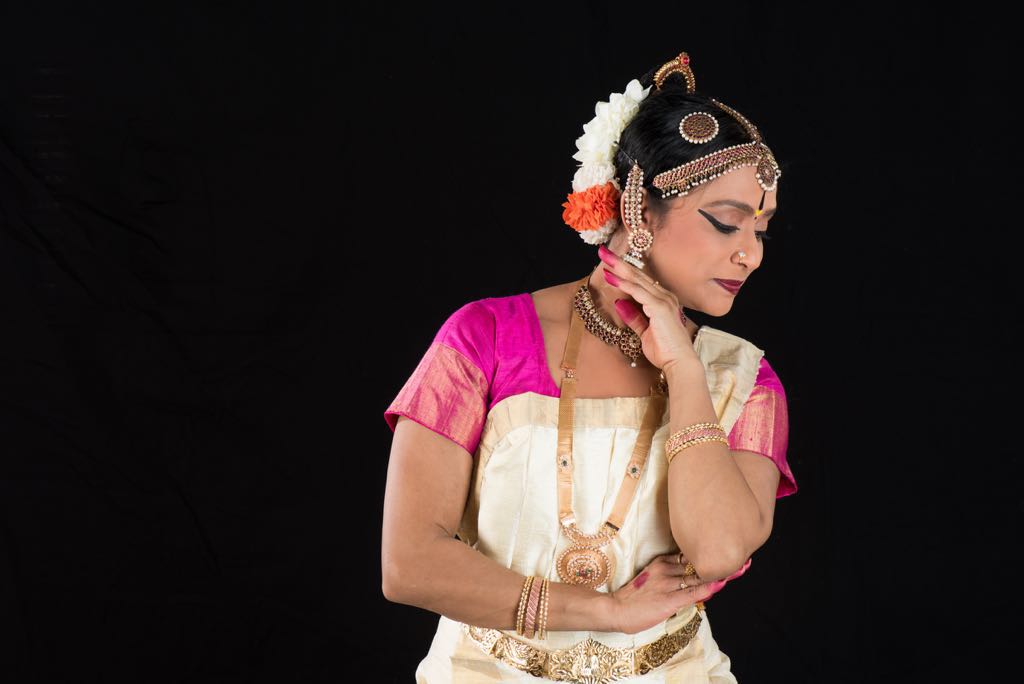 IMG_6461
How can we know the dancer from the dance?
—William Butler Yeats
Viji Rao has over a decade of experience as a Bharatanatyam dance artist, choreographer, and teacher. Her Bharatanatyam choreographies have been called a “technical tour de force” (Philadelphia Inquirer, July 2011) and she has been “hailed as a ‘theatrical visionary” (Philadelphia Inquirer, Jan 2010).
Rao began her training at the age of five, encouraged by her father and first dance teacher, Shiva Rao. Over the course of eight years, she mastered the form, but felt a traditional aesthetic viewpoint hindering her artistic potential.At the age of fifteen, Rao encountered the Kalakshetra School of Bharatanatyam, with its geometric brilliance, angular perfection and modern perspective. It was here that she found the movement vocabulary that enabled her to explore contemporary themes.Professionally, Rao emerged as a choreographer, infusing her Bharatanatyam practice with the body conditioning demands of the traditional Indian martial art forms Chhau and Kalaripayattu. Eleven years as a professional dancer and choreographer based in the U.K. (Rao has worked with Chitraleka Dance Company, Shobana Jeyasingh Dance Company, Moby Duck, Sampad, Sampradaya Dance Company, and Arangham Dance Company), coursework at the London School of Ballet and Contemporary Dance, and training in other forms, including aerial and ballroom dancing, further enriched her work.Together, these diverse movement vocabularies have enabled Rao to develop a unique and personal Bharatnatyam—one that is rooted in the language of tradition, but expressed in a modern dialect, and one that explores the inherent geometry of the form while also challenging its traditional musical score. Rao choreographs Bharatanatyam in a language that can be understood by diverse audiences.
Since 2002, Rao has been based in Philadelphia, where she founded and serves as the artistic director of Three Aksha, a dance company and educational institute. She has also been an artist-in-residence at Girard College since 2008 and continues to perform professionally in Philadelphia and internationally.
The Leeway Foundation, Dance Advance, the Philadelphia Folklore Project, and the Philadelphia Council on the Arts have all supported Rao’s artistic work, and she has guest taught on Indian culture and aesthetics at Moore College of Art and Design, Temple University, York College, and Penn State University, where she helped organize the incorporation of Bharatanatyam into the undergraduate theater studies program.
Grants Viji Rao has received